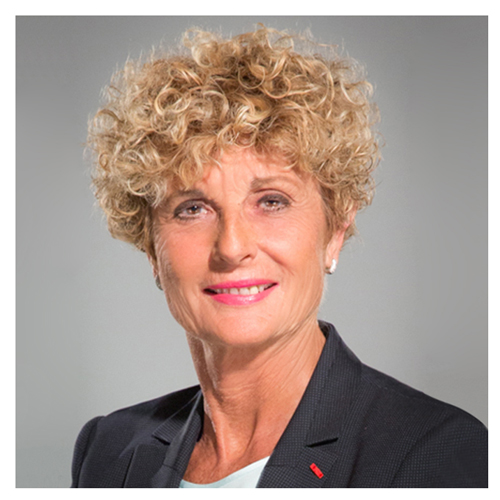 Dominique is one of the most recognized Woman Business Leaders in the French nuclear sector. She started her professional career as a Chemical Research Engineer at the CEA (Commissariat à l’énergie atomique et aux énergies alternatives), leading projects for the French Ministry of Defence. Between 1979 and 1996 she held positions of Product Manager as well as Sales and Marketing Director in France and other countries, in the fields of nuclear engineering and systems of nuclear measures for the safety of facilities, workers and populations. She also has held senior management positions in prominent Groups. Currently, she is working for the Spanish Group GD Energy Services (GDES) , as Vice President of GDES in France.

Dominique contribution to WiN
Dominique has been involved in WiN for over 20 years, through different roles and positions. She has demonstrated strong commitment, leadership and support for women in the Nuclear Industry across the world, contributing to the growth and success of our association. She has been President of WiN France for more than 15 years, contributing to the development of the association and significantly increasing the number of members (actually more than 600 hundred). Also, as President of Win France, she has led numerous programmes to promote nuclear technology and gender balance. In 2008, Dominique co-founded the Fem’Energia Awards with EDF with the objective of promoting the diversity in the nuclear industry by giving more visibility to women in scientific, technical and technological nuclear energy-related occupations, and attracting young women to the nuclear sector. Also, through WiN France, she participated on the foundation of WiN Poland, WiN Lithuania, WiN UK and WiN Belgium.

On the international front, Dominique was the first Vice-President of WiN Global from 2014 to 2016 and leaded the foundation of WiN Europe in December 2010, in Budapest, which started with 8 countries and counts with 14 countries at present. She undertook the Presidency of this association from 2010 to 2015.

Dominique insists in her WiN President inauguration speech for goal of WiN Global, "The climate change is the challenge of the 21st Century as well as the gender equality between men and women. I think that with the help of nuclear energy, we could contribute to averting climate change, the biggest threat of our time." 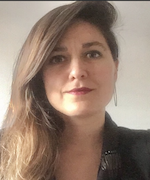 Melina Belinco joined WiN in 2014, when she became an active member of the Executive Committee of WiN Argentina – Mujeres del Sector Nuclear-. In 2018 she acted as General Co-Chair of the Joint IYNC/WiN Global Annual Conference (IYNCWIN18) held in Argentina, and for the first time in Latin American and the Caribbean (LAC). She is a specialist in International Cooperation, with over 13 years of experience in Technical Cooperation working at the main Argentine R&D institution in the nuclear field, the National Atomic Energy Commission (CNEA) of the Republic of Argentina, currently as National Liaison Officer to the IAEA and Section Head of International Organizations, Institutional Relations Department.

From June 2016 to December 2017 she was appointed to undertake a special assignment to support the planning, design, implementation, and closure of both national and regional projects at the IAEA Department of Technical Cooperation in Vienna. In addition, she was designated Divisional Focal Point for planning and coordinating the International Conference on the IAEA Technical Cooperation Programme.

She has been actively involved in several initiatives to promote gender equality in Science, Technology and Innovation, and has been strongly committed to the strengthening of the participation of women in the nuclear sector. For her contribution to gender equality and to support young generations in the nuclear field, she was acknowledged with the WiN Special Award at the World Nuclear Exhibition 2018 in Paris. In this regard, she was recruited as an IAEA expert in training activities aimed at enhancing leadership skills of young people and women from LAC in the nuclear field, and is currently leading a project to build a WiN Chapter in the region, with the support of the intergovernmental Regional Cooperation Agreement for the Promotion of Nuclear Science and Technology in Latin America and the Caribbean (ARCAL).