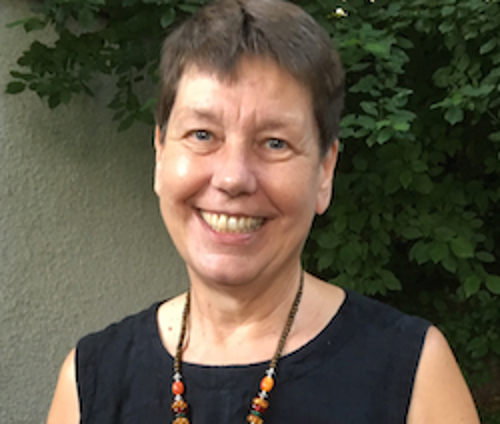 Dr. Gabriele Voigt (Gabi) joined WiN in 2003 when she received together with Ms. Anita Nilson from the IAEA and other WiN members the WNA award to Women in Nuclear. Having been active in gender equality activities during her whole professional career, and after joining the IAEA as Director she became heavily involved in improving the gender balance of IAEA in different functions as the Chair of the Joint Advisory Committee Subcommittee on Gender Concerns, as the Focal Point for Gender Concerns in the Department of Nuclear Sciences and Applications and later the Department of Safeguards of the IAEA, and as Vice-President of UN VIC Women and Vice-President of WiN IAEA. She also held the Vice-President position of WiN Europe and served as an Executive and as a Board Member to WiN Global. Gabi, born in 1952, is a biologist and holds a doctorate in genetics, microbiology, and biochemistry. She habilitated from the University of Munich in Ecological Chemistry and is lecturing Radioecology at the Atominstitut of the Technical University in Vienna. She is working as a radioecologist since more than 30 years in the field of radiation protection, nuclear sciences and environmental management and remediation; first in the Institute of Radiation Hygiene of the German Federal Health Office and later in the Institute of Radiation Protection in the GSF-Research Center for Environment and Health (now Helmholtz-Zentrum München), both located in Neuherberg near Munich, Germany. From May 2002 to December 2009 she held the function of Director of the Laboratories at the International Atomic Energy Agency in charge of the FAO/IAEA Joint Laboratory, the Nuclear Physics-Chemistry-Instrumentation Laboratory and the Safeguards Analytical Laboratory as well as general services and facility management. Here she was responsible for the IAEA terrestrial Environment programme and was the focal point for environmental issues in the IAEA to liaise with other international and UN organizations. After the reorganization of the Laboratories in 2009 she oversaw the Office of Analytical Services under the Deputy Director General for Safeguards. She was responsible for the ECAS project on the Enhancement of Capabilities for Analytical Services, with the main objective to develop and construct new facilities for nuclear material and environmental sample analysis for Safeguards purposes at the Seibersdorf site. In 2015 she retired from the IAEA and cofounded the consulting company r.e.m. Radiation Environment Management with two former colleagues, registered in Munich, Germany. Here she is involved in radioecological research, lecturing and training.

During my term my main challenge is to develop WiN Global from a network to a registered international NGO. This will allow more activities inter alia to receive funding and donations to support WiNners and to profile WiN as a professional organization.