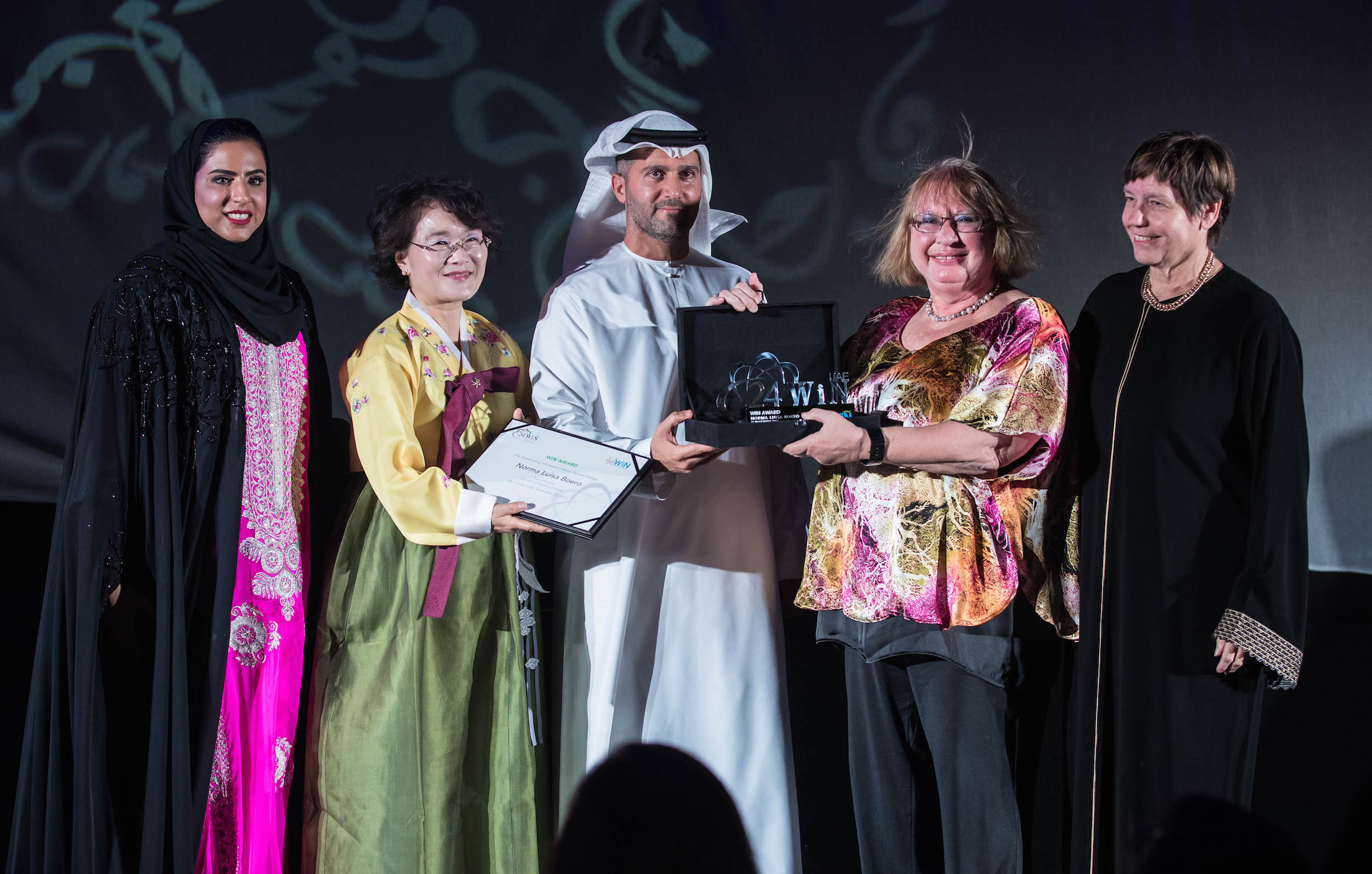 Ms. Boero was also Project Leader for the provision of fuel elements for the “OPAL” research reactor provided to Australia (Open Pool Australian Light Water Reactor) and was responsible for the manufacture of targets for the production of Molybdenum- 99 to the Organization of Science and Nuclear Technology Australia (ANSTO). The entire project constitutes the most important export of nuclear technology ever made by Argentina.

From 2003 to 2006 she served as Head of the Department of Nuclear Fuel and in 2008 Norma Boero became President of the National Atomic Energy Commission in recognition of her professional skills and solid experience.

Norma Boero has communicated the applications of nuclear and radiation related technologies in International and National Forums. She has participated in television and radio interviews and written articles explaining and promoting the benefits of the peaceful uses of nuclear energy.

Ms. Boero has a strong commitment with human resources training in nuclear technology. During the past years she reestablished the Academic Council in CNEA, dedicated to improve the cooperation with national universities.

Norma Boero has developed her very own leadership style, built through decades of being Head of the Uranium Powder Manufacturing Plant and of many Technology Transfer Projects from Argentina to the world. As a President she has recommended women for management positions, knowing and having experienced the difficulties women go through in their careers. Those who have accepted and are now retired are still sought for advice and remain close friends.

Ms. Boero joined WiN Argentina in times when the Chapter was almost inactive (year 2000) and has collaborated with its most recent activities such as the Facebook page and the soon to be released YouTube Channel, where she suggests contents related to both technological and gender equality issues.

Ms. Boero made possible the elaboration of the CNEA’s 2015-2025 Strategic Plan which includes all institutional activities, requiring almost two years of work. All of these activities are related exclusively to the peaceful uses of nuclear energy.

In recognition of Argentina ´s nonproliferation commitment Ms. Boero received the Industrial Innovation Award, during the 2016 Nuclear Industry Summit held in Washington, D.C. The Award recognized the development of national technology for the use of Low Enrichment Uranium to manufacture irradiation targets of Molybdenum -99. Ms. Boero is Member of the Honor Committee of the Interdisciplinary Forum “Women in Science, Technology and Society – FONIM held in CNEA’s Bariloche Atomic Center in 2010, 2012, 2014 and 2016.

FONIM is a national activity where women involved in the nuclear sector, in basic science research, and in social science from the leading scientific institutions of the country, get together to learn, debate and propose actions the improve the situation of women. The event has been hosted and supported by CNEA, due to Ms. Boero ´s strong commitment with the cause. The continuity given to this activity has allowed networking and mentoring between the two generations of professionals from all over the Country.