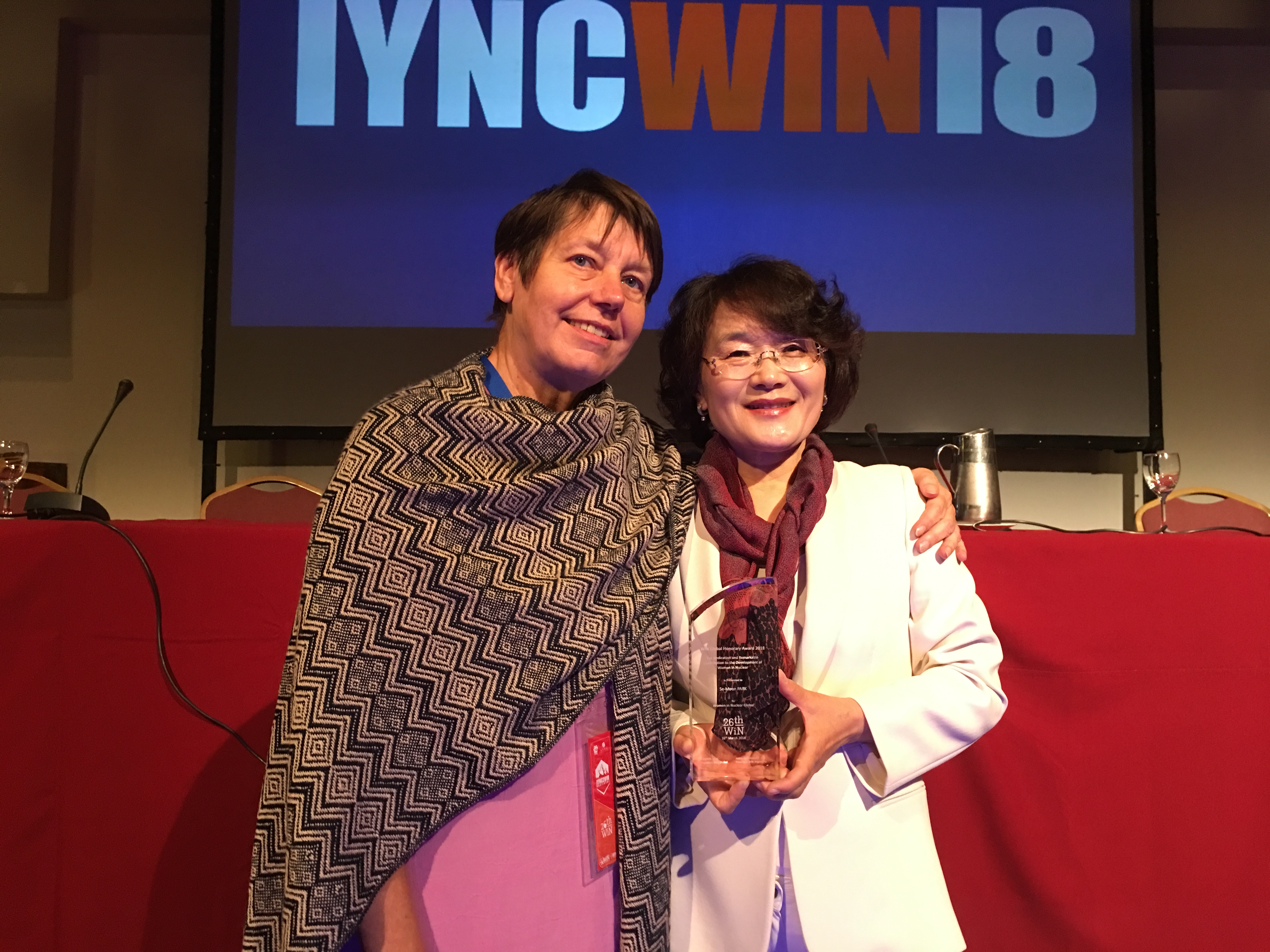 Dr. Se-Moon Park has worked in the nuclear field since the early 1990s, starting with her post-doctoral research at the University of Brussels, followed by her work as a senior researcher at the Korea Atomic Energy Research Institute and Central Research Institute of Korea Hydro&Nuclear Co., where she was active until her retirement in 2013.

Through her activities in WiN Korea and WiN Global, Se-Moon Park has contributed towards highlighting the importance of nuclear power as a clean source of energy. She has been instrumental in editing and distributing the WiN Global 20th anniversary book.

Through her activities in WiN Korea, including at schools and universities, Se-Moon Park has encouraged young females to enter the nuclear field.

Se-Moon Park has demonstrated her leadership skills as the long-term President and Vice-President of WiN Korea and the WiN Global President from 2012-2016. During her presidency of WiN Korea, the WiN Global annual conference was held in Busan in 2010. She has successfully led WiN Global during difficult times.

Se-Moon Park has always strived to mentor young women entering the nuclear field, in particular in her home country. She is well-respected amongst the community of young Korean nuclear professionals for her availability and accessibility for mentoring and advice.

Se-Moon has been an active nuclear professional since the 1990s, with progressive professional responsibilities. For her contributions towards the Korean nuclear industry, in particular in the area of radioactive waste disposal and environmental management, Se-Moon received several awards.

Se-Moon accepted the WiN Global Presidency in 2012 at a very difficult time, just after the Fukushima accident and at a time when WiN Global was refocusing its position and activities. She skillfully and successfully led WiN Global during four challenging years. She often carried out her activities at her own expense. For example, she was instrumental in redesigning the WiN Global web page and in automating the membership approval process. She led the effort of creating the WiN Global 20th anniversary book, which she printed and distributed at her own cost. Se-Moon was also active in the Nuclear for Climate WiN Declaration, which was presented at the December 2015 Climate conference in Paris.

Se-Moon is always ready to provide advice and guidance to younger females. She is well respected in the Korean nuclear community and beyond. This has been shown that she was elected as an Energy Committee Member that was appointed by the Prime Minister of South Korea for elaborating a recommendation about nuclear energy industry.

The WiN Honorary Award 2018 for Se-Moon Park would be a well deserved recognition of her long-term contributions in the nuclear field and in particular towards Women in Nuclear.