Dr Myoung–Ock Ahn is the first female medical doctor who became a member of the National assembly of South Korea. Before that, Dr Ahn was a professor of obstetrics-gynaecology and women sexual health, also serving as Vice–President of WiN Korea. She spent a lot of her professional life helping young girls in understanding their sexual health; running a mentor programmes for teenage girls on Korean cable television. Dr Ahn has published 12 books. While involved in WiN Korea, she initiated many activities and she still organizes and supports the annual symposium called “nuclear with women”, which is held in the conference hall of the National Assembly, and is open to the public and media. She is involved in preparation of the national assembly’s law on food hygiene regarding irradiated food. In South Korea, she stands in the lead in informing the public about peaceful uses of nuclear energy.

Myoung–Ock Ahn is a Member of Parliament in the Republic of Korea’s National Assembly of the Republic of Korea. She is also President and Chairman of the International Korean Medical Organization, a member of the Gender Equality and Family Committee, and an executive member of the Korean Parliamentarian League on Children, Population, and Environment. Dr. Ahn also serves as Head of the Low Fertility and Aging Task Force of the GNP. She is formerly a Professor in the School of Public Health at Pocheon Jungmun University. 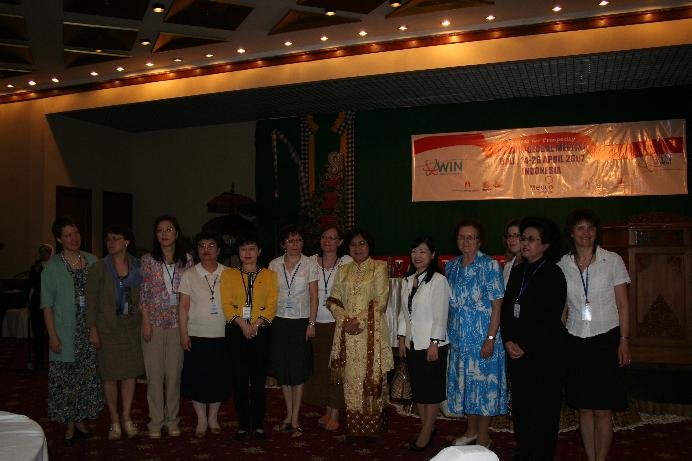