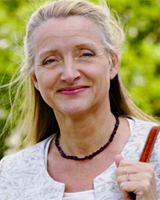 Agneta Rising is Vice President Environment, Vattenfall AB, a Swedish energy company with operations in Sweden, Germany, the Netherlands and the UK. Agneta is an influential figure in the Swedish nuclear industry and a familiar face to the Swedish public when it comes to the communication of the health-related and environmental aspects of the nuclear fuel cycle.

Agneta was born in Lund, in the south of Sweden, and is married with three children.

Agneta's various professional roles and career milestones in the nuclear industry have been hallmarked by her ability to combine a dedication to environment and people with a commitment to providing factual communication about nuclear power at all levels and to diverse groups: to the general public, environmentalists and activists and, of course, to women. This, as well as her demonstrated ability to communicate to men in the nuclear industry the need for the industry to focus on communicating to women and her ability to take, and maintain, strong leadership in a male-dominated industry, makes her a role model that we are truly proud of.