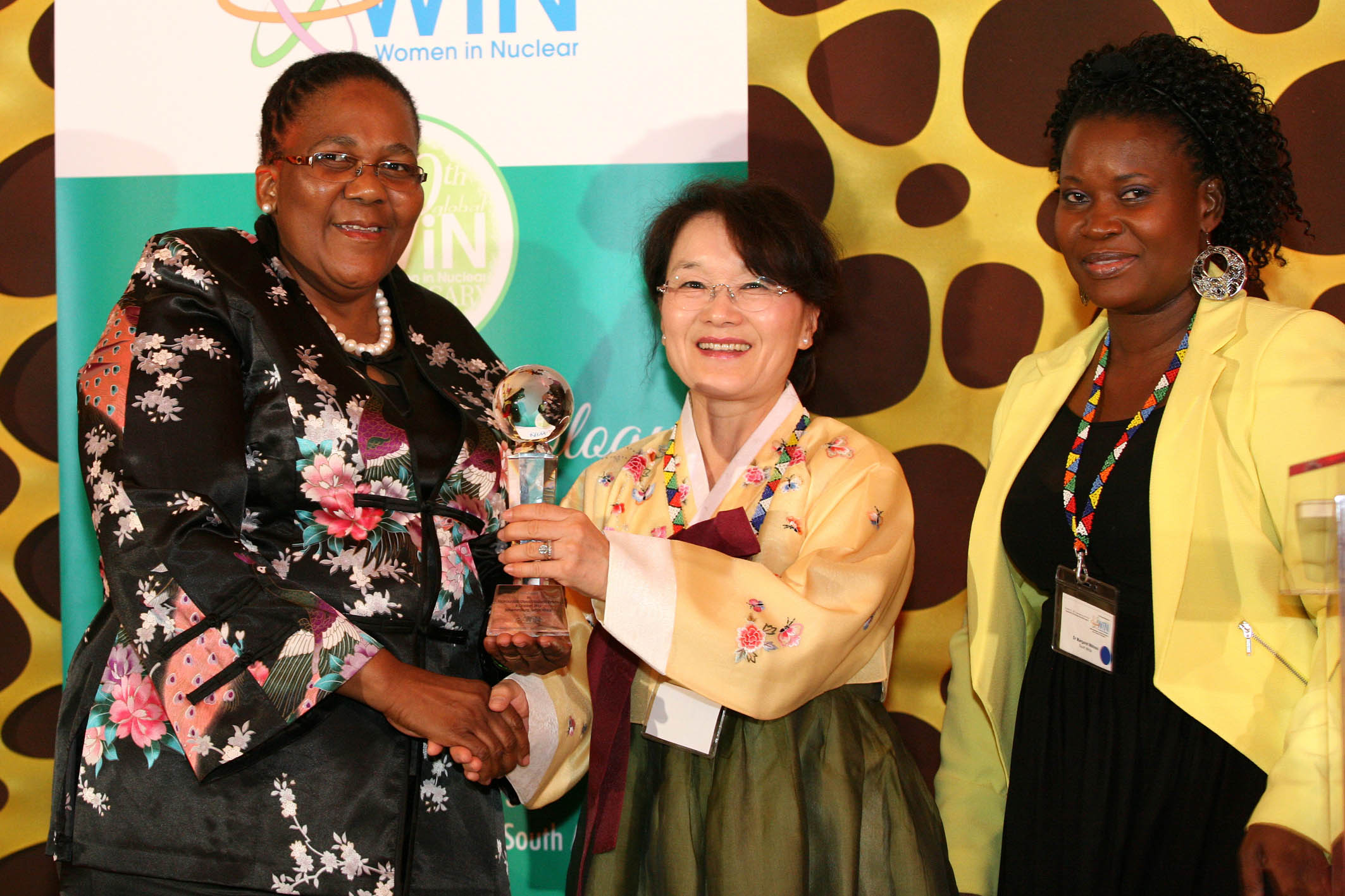 In 2013 the WiN Board selected the most outstanding person as the 18th WiN Award recipient from South Africa; the honorable Minister Elizabeth Dipuo Peters. Her contribution towards women and youth development in the nuclear industry in South Africa has been remarkable. With Ms. Peters support, women, youth in nuclear and nuclear professionals are able to participate in decision making discussions in the nuclear sector.

She has been the leading voice supporting the energy industry and encouraged discussions about the energy policy. Her contribution to the nuclear sector has been valuable. Her passion for women development and participation has continued at the Department of Energy by giving support to women organizations such as WiNSA.

Ms. Peters is a role model for women in the public and private sectors; she has demonstrated that is takes passion and dedication to contribute to important issues in South Africa.

She was appointed the Minister of Energy of the Republic of South Africa from 11 May 2009 until 09 July 2013. But since 09 July 2013 she has been the Minister of Transport. Although she has moved to another industry her legacy in energy especially nuclear will be remembered. Ms. Peters support and leadership in the nuclear industry deserves recognition.