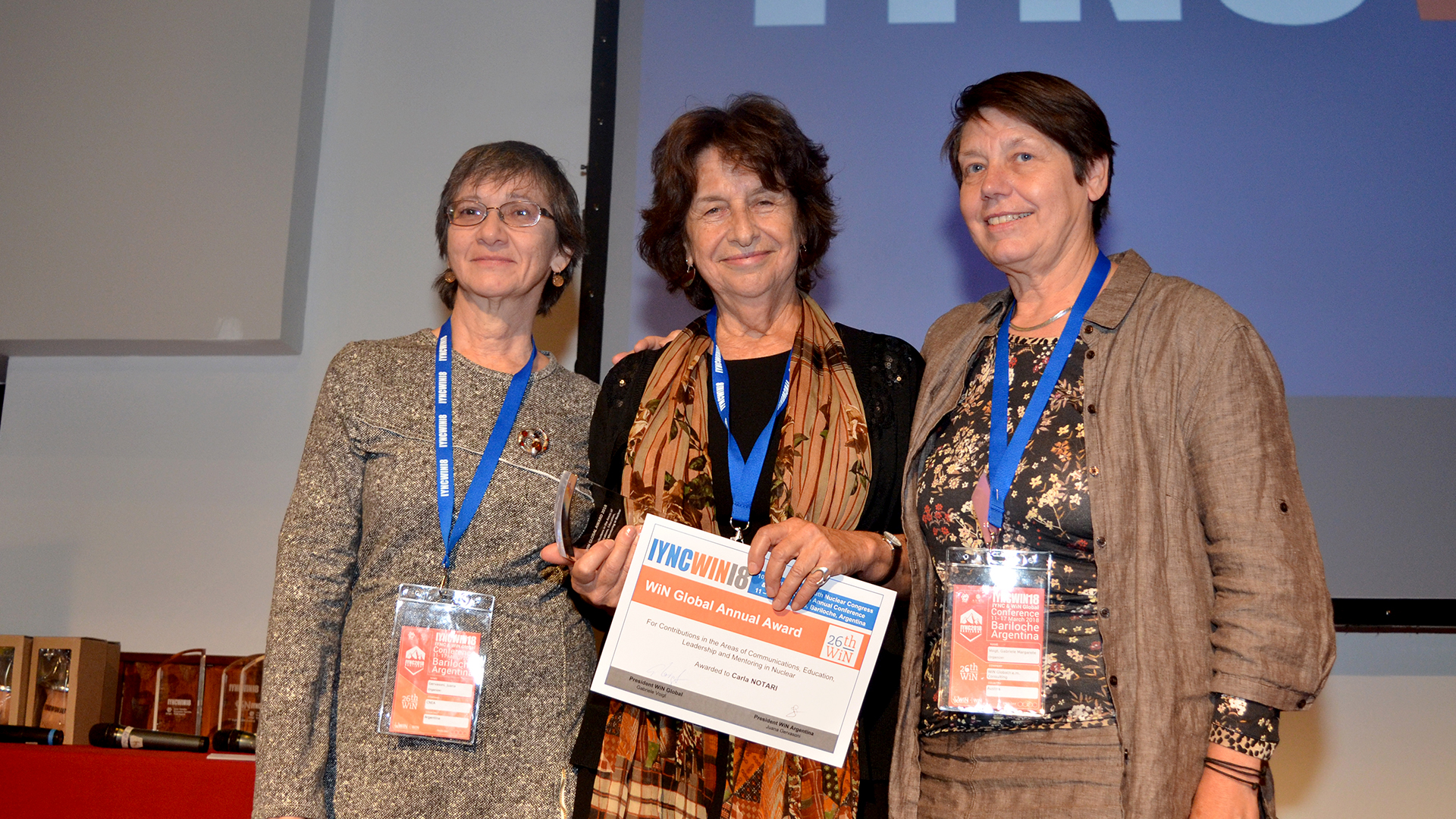 Ms Carla Notari is Dean of the Dan Beninson Institute of Nuclear Technology since 2006, this is one of the main Argentine academic institution, created by the National Atomic Energy Commission (CNEA) in association with the National University of San Martin (UNSAM). As founder of this institute, she has been personally devoted to the development of an innovative curricula. In addition, she has been member of the Standing Advisory Group on Nuclear Energy (SAGNE) of the International Atomic Energy Agency (IAEA) since 2003, invited to participate in this Group by the Director General of the IAEA, and officially designated by the Argentine Government. She is the representative of the UNSAM to the Argentine Council for International Relations (CARI) in topics related to the nuclear field. She has been also member of the CNEA Academic Council since 2010, and was designated as lifetime researcher at CNEA in 2011. Ms Notari has been Director of the Specialization in Nuclear Reactors and Fuel Cycle of the Dan Beninson Institute since 2007, and was Director of the Master in Nuclear Reactors of the National Technology University (UTN) from 1997 to 2005.

Ms Carla Notari has always taken advantage of every sphere where she has developed her duties in order to use it as an outreach opportunity to promote the understanding and public awareness of the benefits of nuclear applications. In particular, she has actively contributed to the development of audiovisual material and guidelines for courses in the field of reactors physics and the fuel cycle, e.g.: • “Neutron resonant absorption”, CNEA-Re 179, 1980 • “Notes on reactor statics for the Postgraduate Course in Nuclear Engineering”, IT 1019/92, CNEA,1992 • “Reactor physics”. Specialization in Nuclear Reactors and Fuel Cycle. IDB-01, 2007 • “Costs of the Nuclear Fuel Cycle”. IDB-02,2008 In addition, she has also published numerous papers in both national and international magazines and at several conferences.

She shown her leadership as founder and dean of the Dan Beninson Institute of Nuclear Technology, Ms Notari has had a crucial and leading role in promoting the education, training and capacity building in the nuclear field. Based on her initiatives for the development of an innovative curricula, the Dan Beninson is the only Argentine academic institution at university level which offers a wide variety of degrees both for undergraduates and graduates, in various areas such as Nuclear Medicine, Radiochemistry and Nuclear Applications, Nuclear Reactors and the Fuel Cycle, Methodology and Application of Radionuclides, Dosimetry for Radiotherapy and Physics for Radiotherapy and Nuclear Technology. In this sense, her strategic vision has been essential to develop and implement an effective workforce planning in the Argentine nuclear sector, thus overcoming serious challenges related to human resources and career development.

Throughout her vast professional career, Ms Notari has always been committed to the training of young generations in nuclear science and technology, especially by conveying her passion for the industry and by promoting the active involvement and empowerment of women. As professor at different universities and institutes, she has added value to the education and training of the students by providing them with unique tools not only to consolidate their technical knowledge, but also to boost their soft skills. In particular, as one of the first members of WiN Argentina, her leading position has always been an example for female professionals working in the nuclear field, not only from Argentina, but also from Latin American and the Caribbean, as she has trained several fellows from the region. Moreover, she has mentored a significant number of students, being also her thesis advisor.