The WiN Global Annual Conference took place on 29th and 30th May, 1997 in Valencia, Spain. The Opening Session was moderated by Agneta Rising (WiN Global President) and Maria Teresa Lopez-Carbonell (WiN Spain President). ln this session, the report prepared by the WiN Global President was approved, and the second WiN Award was presented to Maria Teresa Lopez-Carbonell by reason of her great effort in preparing the WiN Global Annual Conference. After that, the General Assembly started and all the WiN Groups represented in Valencia had the opportunity to share ideas and projects. Some results from opinion polls performed in different countries were presented, highlighting the difference in perception of nuclear energy between men and women and countries as well.
The evening of the 29th was the time for two Roundtables: The first one was devoted to "Nuclear Energy in Spain", and the main Spanish Nuclear Companies and Institutions' directors (ENUSA, ENRESA, Empresarios Agrupados, UNESA) participated in it: the second Roundtable was about Public Acceptance and Communication on Nuclear Energy, and counted on the participation of Agneta Rising as well as representatives from the Energy and Industry Ministry of Spain, the Spanish Nuclear Society and FORATOM.
The first day ended with the officiai dinner, with the presence of the attendees and some representatives of the Spanish Nuclear Industry.

On the second day of the meeting (30th May) the technical visit to Cofrentes Nuclear Power Plant took place. The members of WiN Global were welcomed by the Head of Communication of the plant and also by the head of International Affairs of Iberdrola, the owner of the plant. After a general explanation of the plant's general characteristics, the attendees visited the site; starting from the outside (cooling towers, Diesel, etc.) and then visiting the Control Room.

There was time also to meet the mass media at the Press Conference wich took place on May 29th. ln it, the media were informed about the WiN Global Conference and its objectives. WiN Global was represented by Agneta Rising (WiN Global President), Linda Gunter (Communication Head of FORATOM), Patricia Wieland (IAEA Representative), Maria Teresa Lopez-Carbonell (WiN Spain President) and Maria Luisa Perez-Griffo (WiN Spain Vice President). It was an important and fruitful meeting for both, WiN Global and WiN Spain groups. For WiN Global, it meant a step towards a future of growing membership and importance; for WiN Spain, it meant the consolidation of a newly created Chapter. 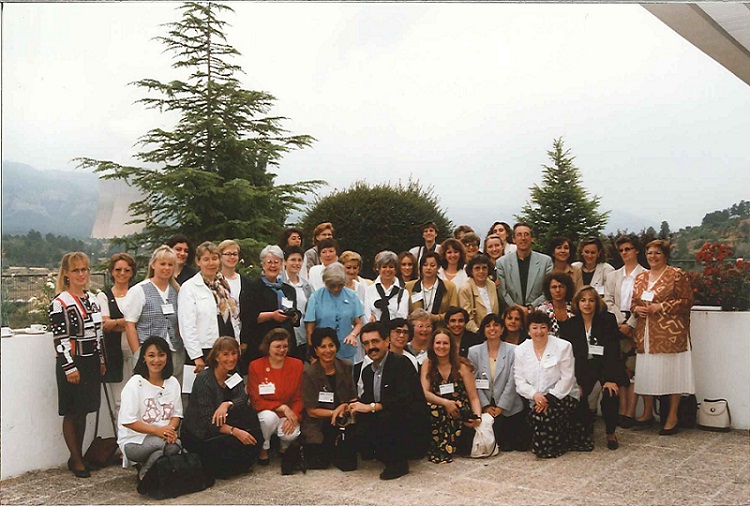